Marshgate Primary School opened for the first cohort of pupils in September 2002 under the experienced headship of Elizabeth Jackson.  The school at that time was based at Sheen Mount Primary School in East Sheen who kindly let the “children in red” have a bit of space in their playground for their classrooms and playground.  The Marshgate pupils in turn referred them as the “children in green”, a reference to the school uniform colours!

The first year was an exciting adventure for all the pupils and staff involved.  There were just two classes, Red class and Blue class.

Highlights of the first year at Marshgate include:

The school moved to a new purpose built site on Queens Road.  The land had previously been part of Christ’s School.  The building was finished just in time for the second cohort of pupils to join in September 2003.  This time three classes of children joined in the Reception year group.  It was an exciting adventure for the small, but growing team of staff, pupils and parents involved.  As it was a new and very small school there was a real sense of community with everyone involved.  The children loved the huge space they had all to themselves. 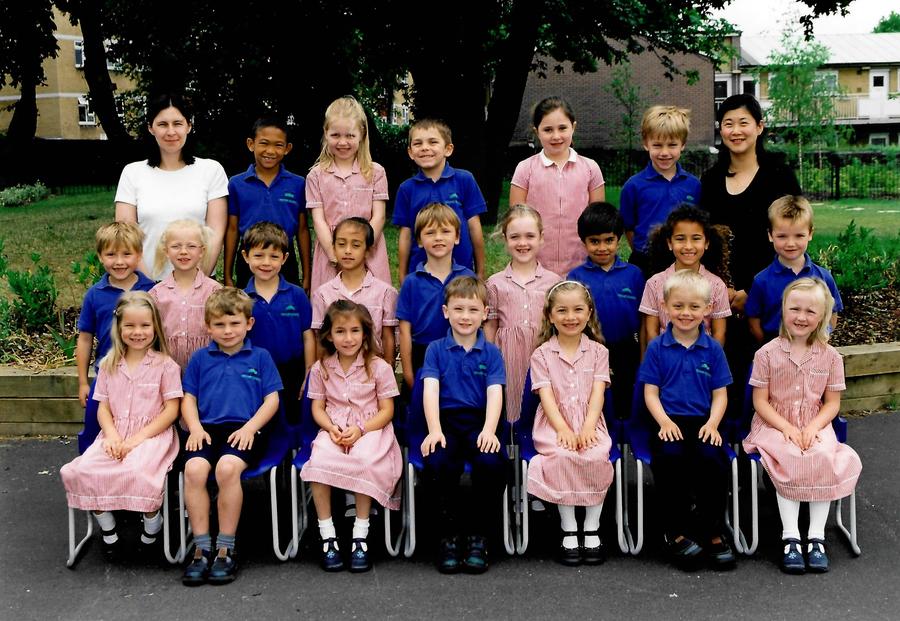 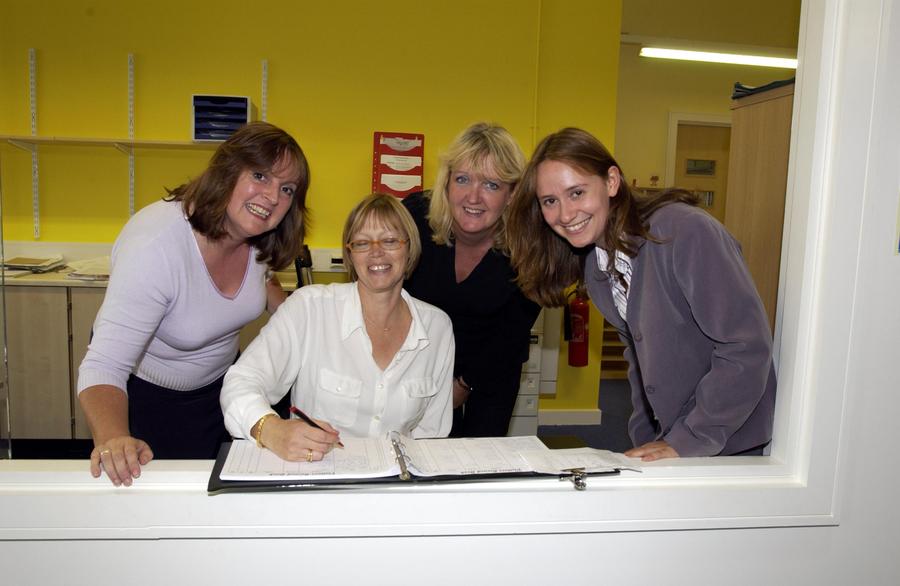 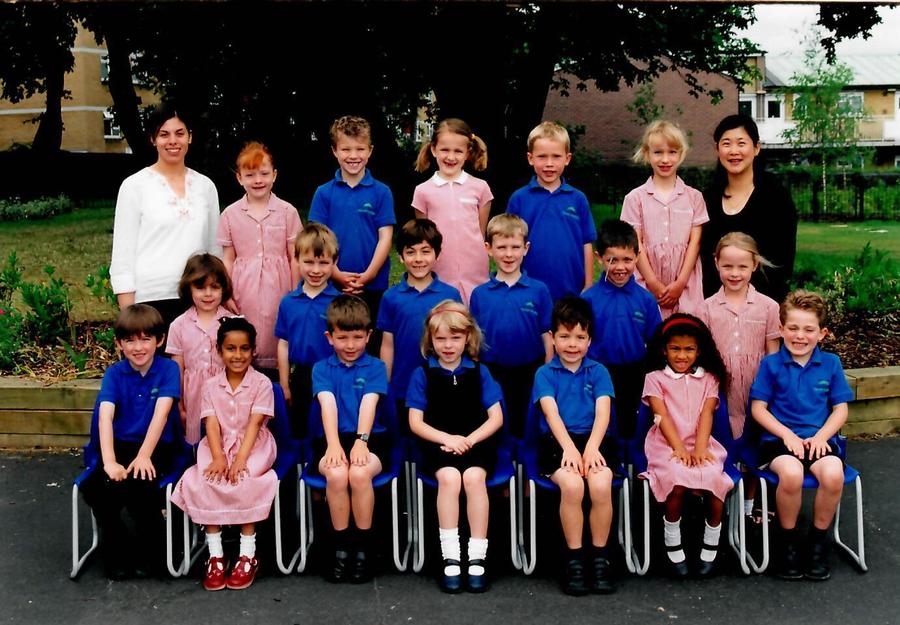 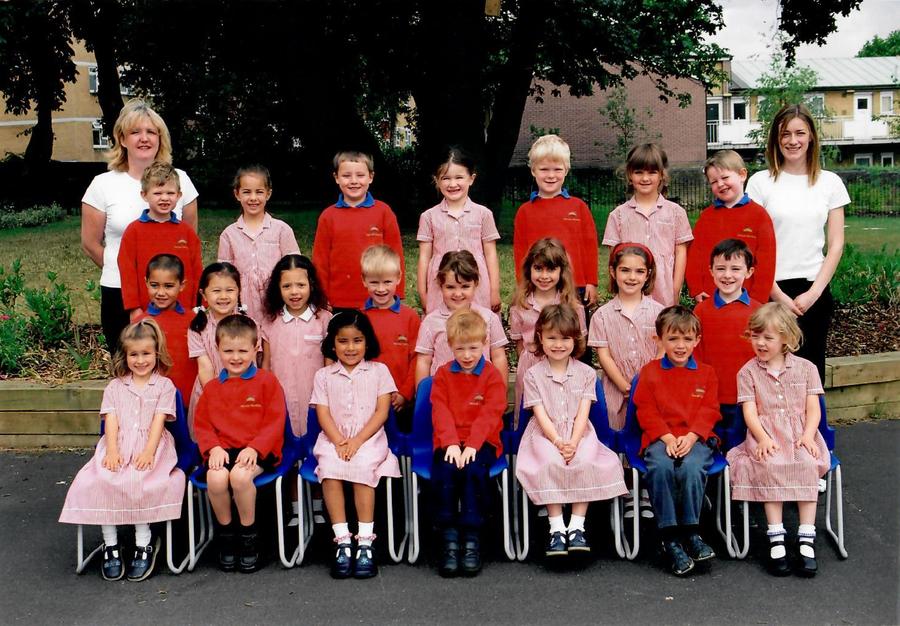 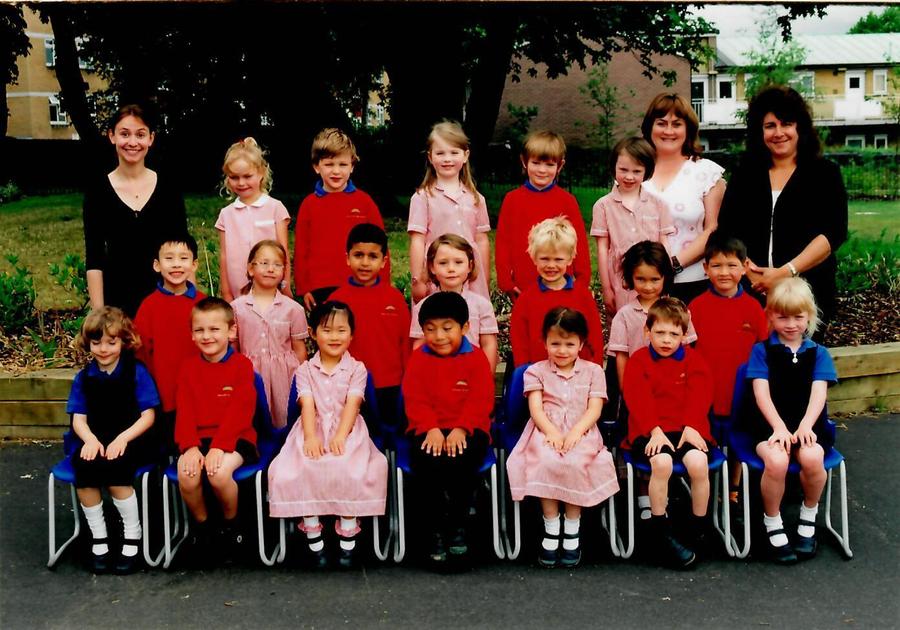 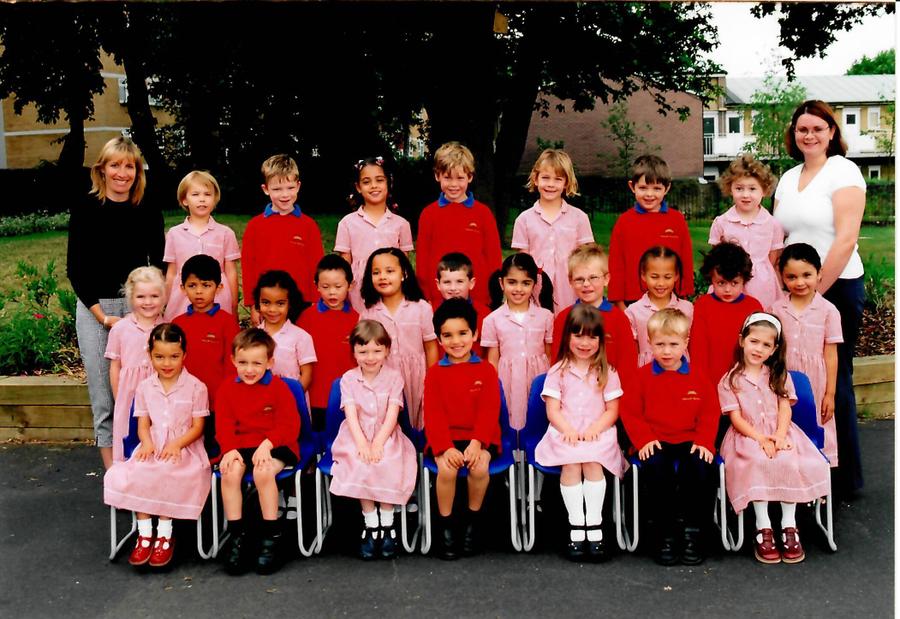 Marshgate was officially opened by the veteran broadcaster and naturalist Sir David Attenborough.  It was an honour to welcome Sir David as a local, famous resident to open the school.  It was a fantastic afternoon attended by the pupils, staff and parents.  Marshgate was delighted to welcome such a distinguished figure to open the school.  The evening was rounded off with a wonderful party at the school.  You can see the photos on display in the office Reception area.

Events in the first few years included our first Summer Fair which was held on a lovely sunny Saturday in June.  Marshgate has always had an active and enthusiastic team of parents and staff supporting the school.  The PSA team in those days was small, but managed to run a great day.  In addition, the first Marshgate calendar was produced by the PSA that Christmas.  The calendar was photographed by birthday month and as the school was so small there were only three children who had birthdays in April!

Marshgate's Christmas performance this year featured all the children at Marshgate.  Here they are pictured in the hall after their nativity performance.

Marshgate was invited to take part in an event at Trafalgar Square by the charity Shelter, the housing and homelessness charity, to raise awareness of homelessness.  The school choir travelled by coach to central London and sang Christmas Carols at a candlelit vigil.  The number of candles lit represented the number of homeless people in the capital. 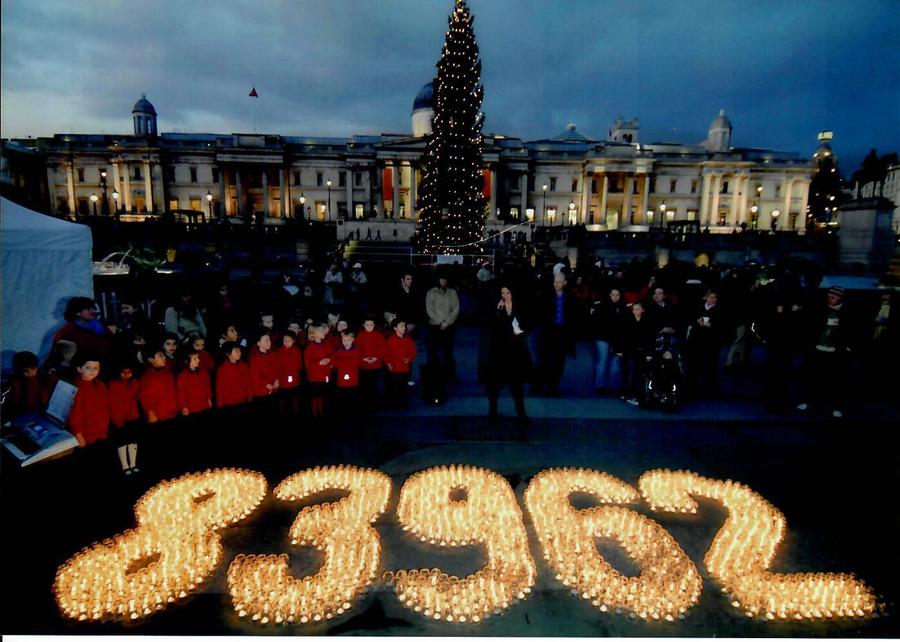 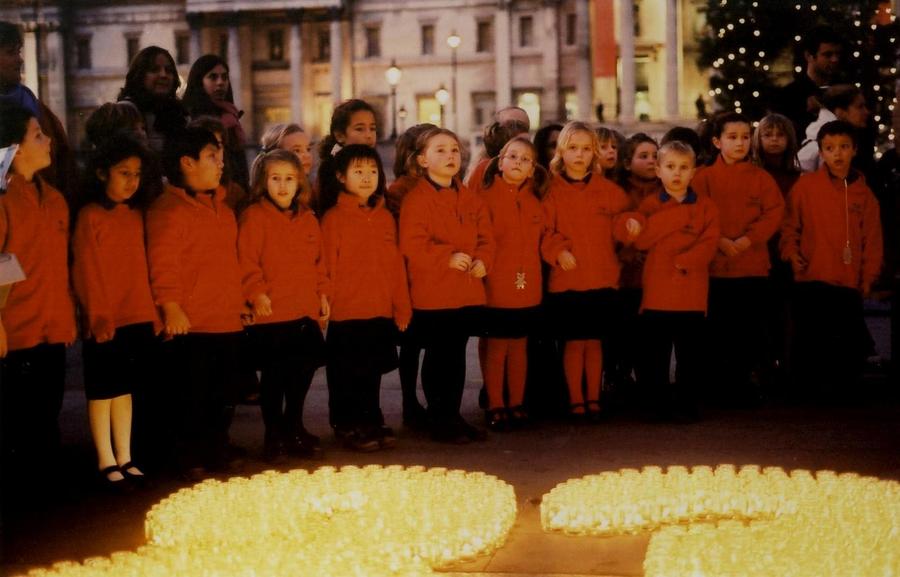 The first International Day was held in the summer of 2006 and was the first of many events which celebrates the international cohort of the school.

The first summer end of year production took place this year with the Year 3 show “Annie meets Oliver”.  Everyone in Year 3 rose to the occasion with this ambitious production. This started a tradition for end of year shows.  The last Year 3 cohort to put on a production was in 2010 with The Wind in the Willows.  From 2010 onwards the end of year production moved to Year 6.  There have been many amazing shows since. 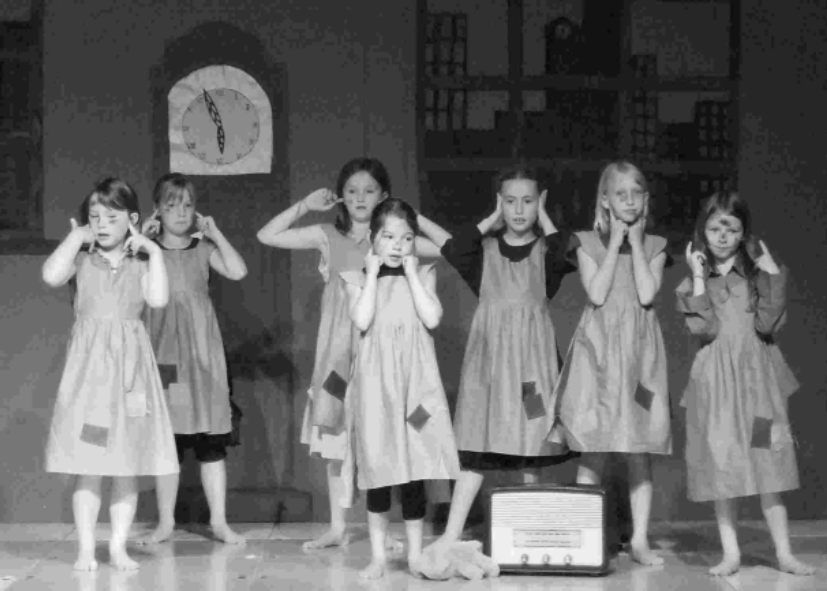 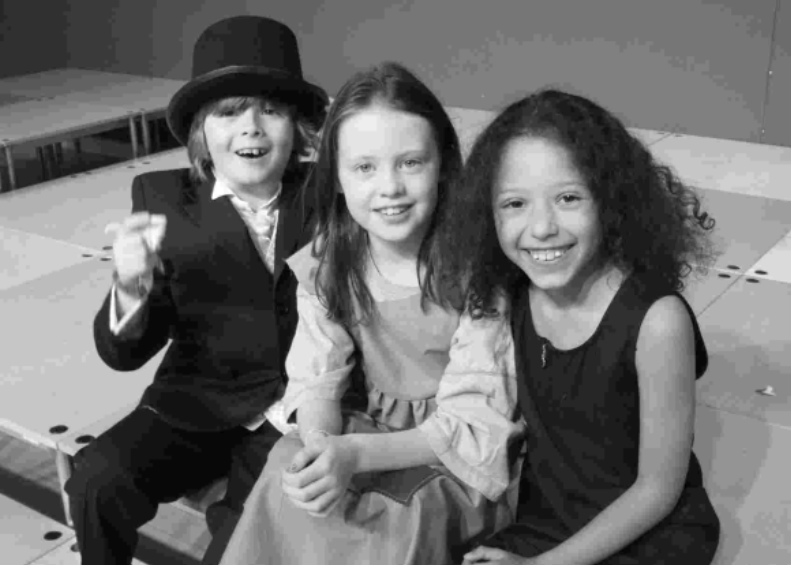 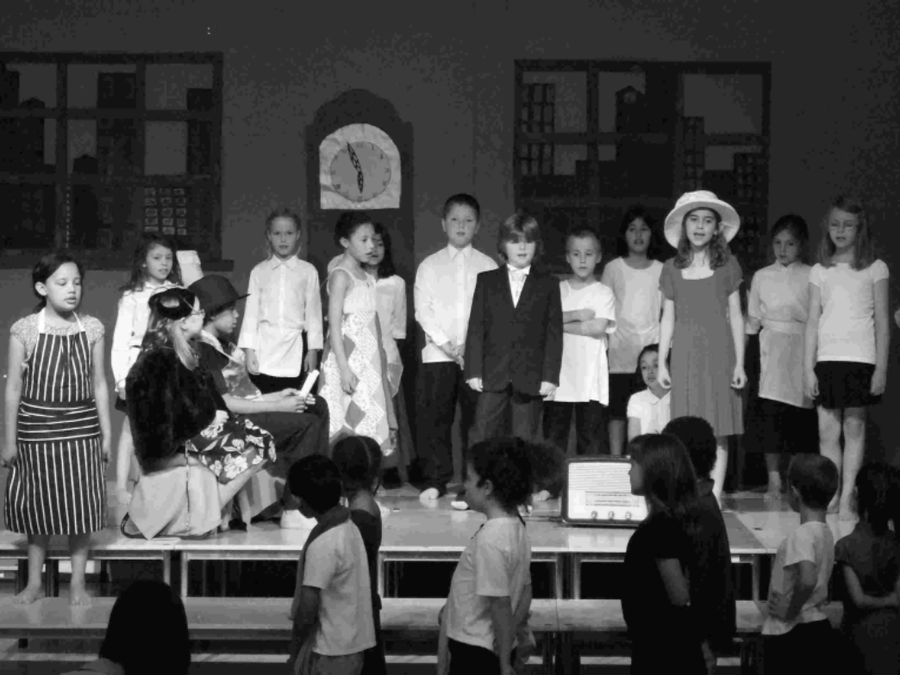 Year 5 took part in the Borough Scientific Edge competition.  They used their curriculum work on planets to help them develop and produce a DVD production entitled “Around the Universe in Two and a Half Minutes.”

A randomly selected delegation of the children then attended a showing and award ceremony where all entries were judged.  Their work was judged to be the winner in the “Best Earth Science Film” category.

They were presented with their trophy by Sir David Attenborough who congratulated them and also discussed his opening of Marshgate School five years ago and how delighted he was to see them again. 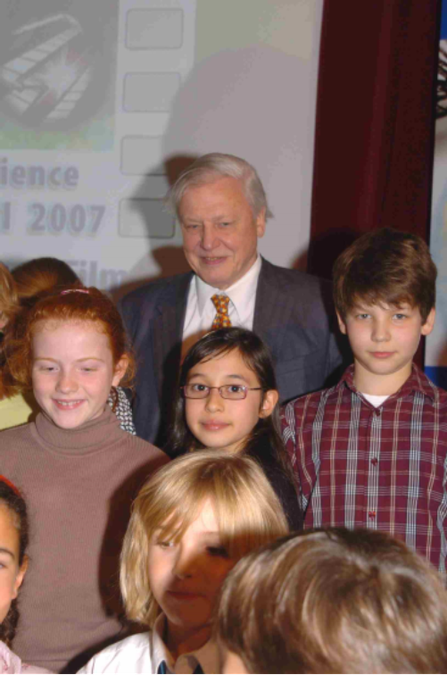 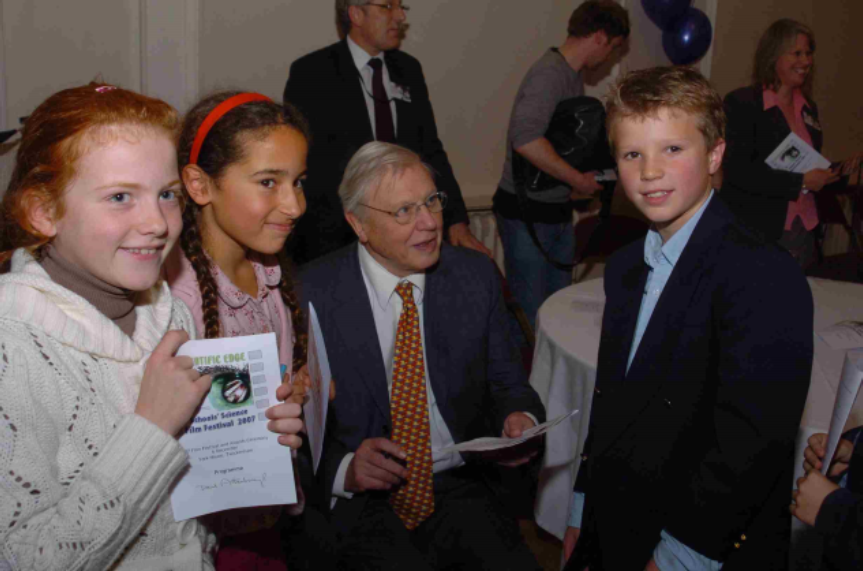 The Ecology Area has always been a favourite place for the children at Marshgate.  One Saturday morning in February 2008 a team of parent volunteers gave up their time to move very heavy tree trunks which were placed around the pond.  These were kindly donated by Richmond Park.

Developments in the Ecology Area at that time including moving railway sleeper benches which were put in a half moon shape around the pond area.  Vegetable boxes were built to grow tomatoes, strawberries, runner beans, herbs and other seasonal fruit and vegetables.  Cherry, plum and apple trees were planted.

This marked the year that Marshgate was not officially a “new school” anymore.  The school at this time was full right up to Year 6.  During the first year in the new school building the Local Authority requested that Marshgate take an extra class and in September 2008 there were fifteen classes instead of the planned fourteen.  To accommodate the children Ms Jackson, the Governors, the Local Authority organised the building of what is now known as the Year 6 Annex.

This was also the year teachers moved to an electronic form of registration replacing the traditional paper registers.  This development enabled teachers to mark the register straight onto the computer system and was a great saving tool for the office staff.

Children in Years 4, 5 and 6 were introduced to Touch Typing lessons.  Marshgate was at the forefront of realising touch typing is an essential skill for everyone.

The Marshgate website was given a make over in November of this year.  It was becoming apparent websites were becoming a source of information that everyone would want to access.  The website has gone through subsequent make overs since.

Children from Year 5 successfully achieved the award for “Best Digital Blue Science Film” in the Scientific Edge Film Festival competition.  They used their curriculum work on planets to help them develop and produce a film called “Orbiting X Factor”.  The aim of the competition was to encourage children to make films about science.  5R’s was a science spoof of the popular TV programme at that time.  This was the second time Marshgate won an award in this competition.  Later in the term the whole class attended the finals for the Planet Scicast science video competition at the Royal Institution with schools from all over the UK.  Marshgate was nominated for the best overall primary movie and finished top three in the country! 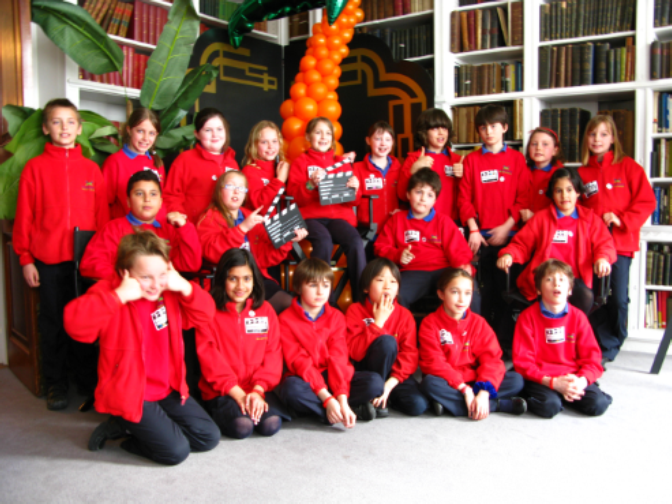 In March this year the solar panels were fitted to the roof of the school during the half term holiday.  Parents and carers were invited to the official launch on 11th March with local MP Zac Goldsmith.  All the children spent the day working on environmental activities.  Nearly forty solar panels were installed on the school roof.  The solar panel system generates 3,802 units of electricity each year to help power lights, computers and other equipment.  By installing these the expectation was that the solar power will cut the school’s carbon dioxide emissions by 1.6 tonnes a year and reduce electricity use by more than 12 per cent. A digital display was mounted in the school showing how much solar energy is generated daily. 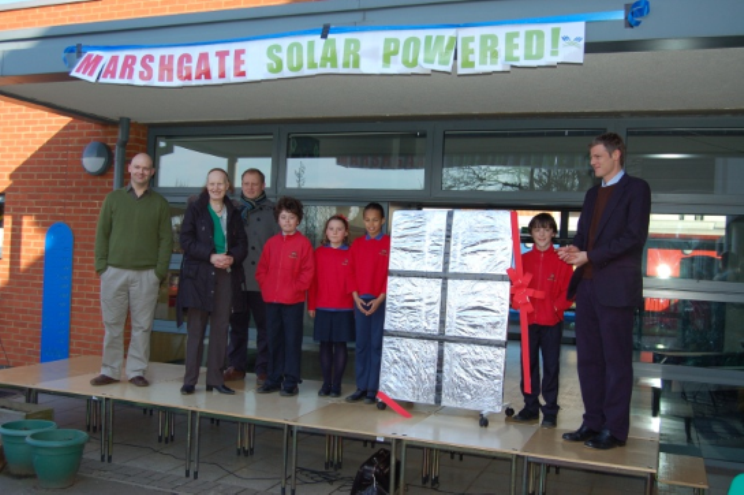 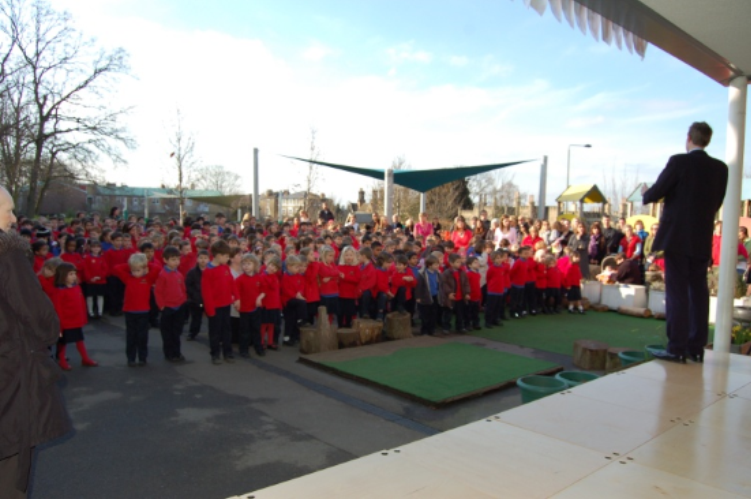 The original cohort of children left in the summer of 2009.  To mark this occasion the school commissioned Tempest Photography to take a whole school photograph.  This picture here represents the pupils who joined in 2002 and who left that year.  The youngest pupils in this photo are the cohort who joined in September 2008.

Dr Sarah Fane, from Afghan Connection, worked closely with Marshgate around this time.  She introduced the children to the Millennium Development Goals which were set in 2000 by the U.N. These are targets that have been created to reduce extreme poverty. Marshgate has strong links with Afghan Connection.  As a school, we created a scrapbook of our daily life to send to our link school which Sarah took to Afghanistan when she next visited.

The children and staff at school are pictured here enjoying the snowy weather.  Ms Jackson was not a huge fan of snow and would do her very best to avoid "Snow Days" off school! 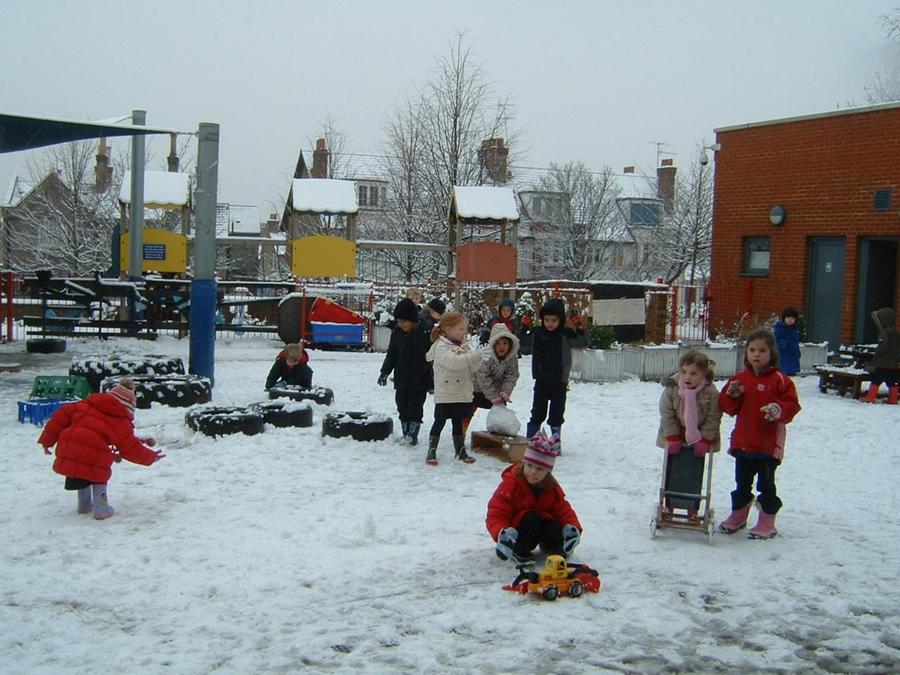 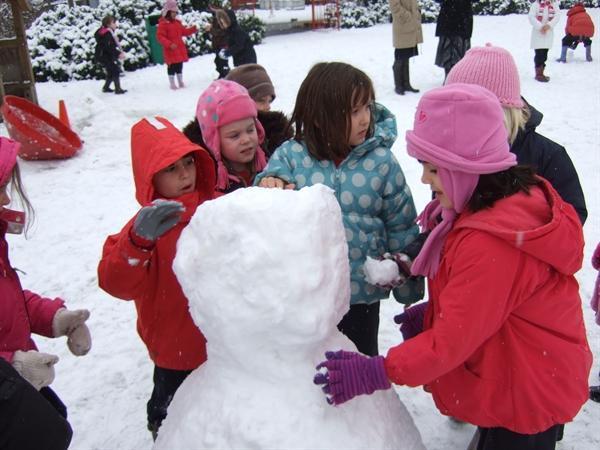 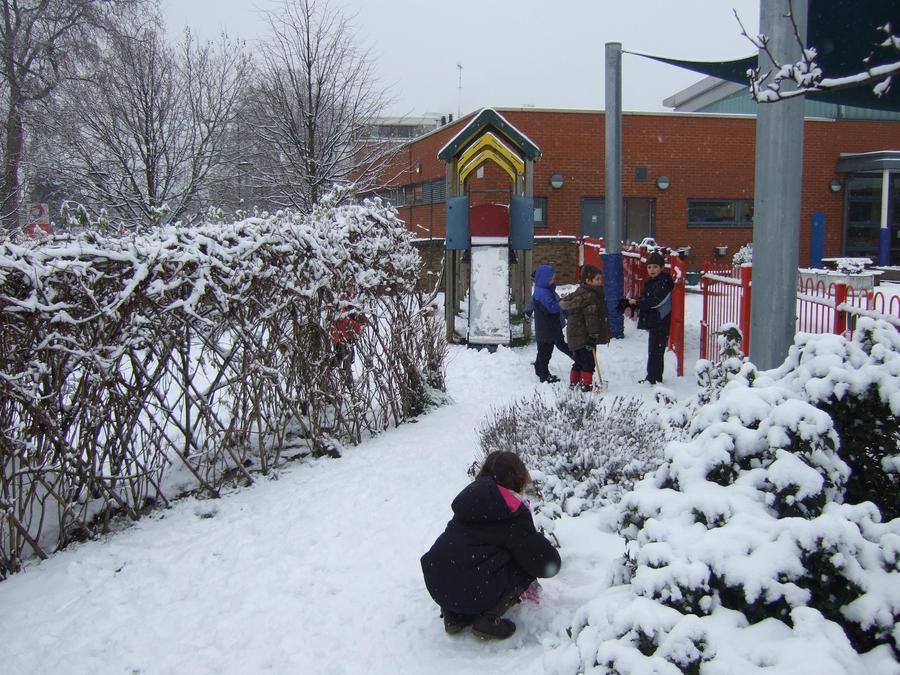 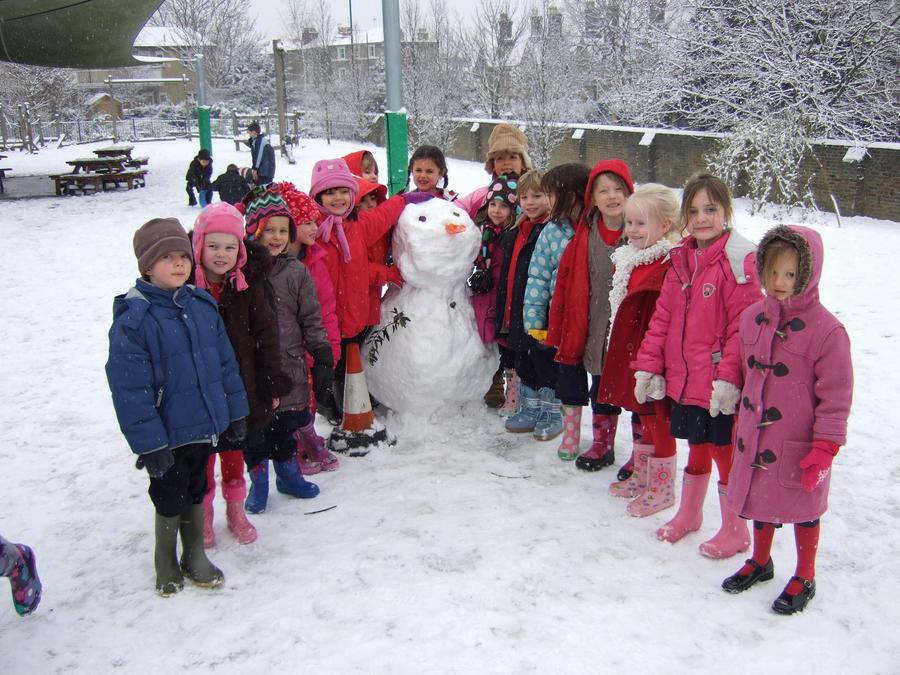 Marshgate was awarded an International School Award by the British Council.  This was for all our hard work recognising different nations and cultures in the school curriculum.  In particular, our work with children with English as an additional language and teaching French as part of the curriculum.  The British Council were impressed with our commitment to an annual international day and taking part in black history month.  Thanks at the time were given to all the staff, children, parents and in particular, Miss Pomell who worked so hard applying for and achieving this whole school award.

On a sunny afternoon in September, the newly developed KS2 playground was officially opened by Ms Jackson.  The PSA worked hard to raise funds for the playground makeover which had previously been an empty patch of grass.  The launch was a great success.  It was transformed into a new playground for the children.  Particular thanks to Rowan Woodward, Parent Governor, and Rebecca Luing Turnbull for their immense time and enthusiasm which has made this project a success.  Thanks too to all the generous donors to this project including all parents and carers 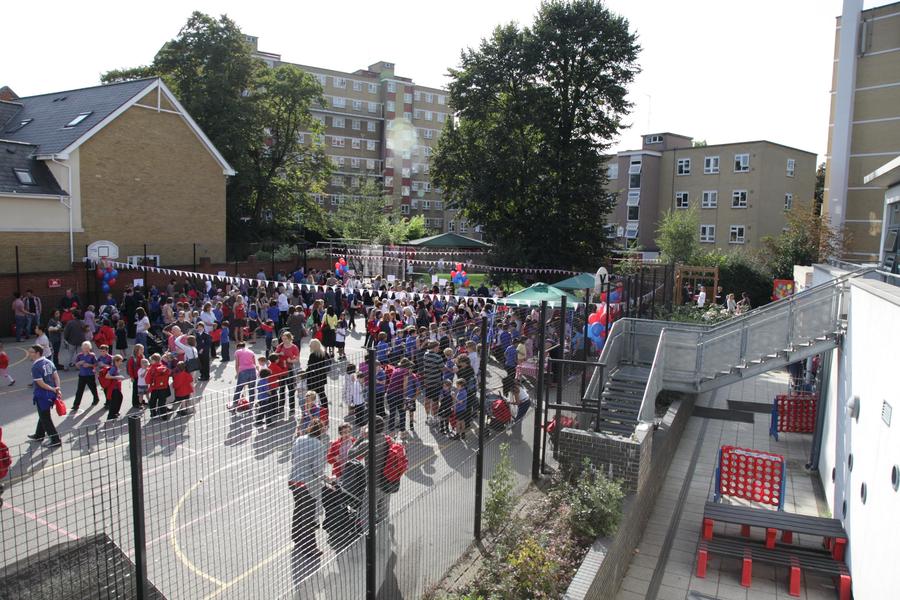 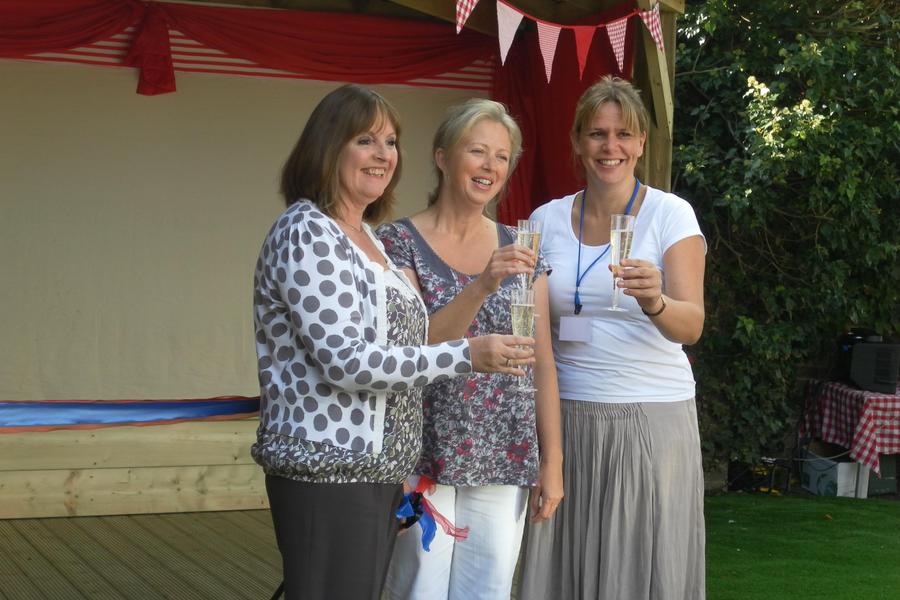 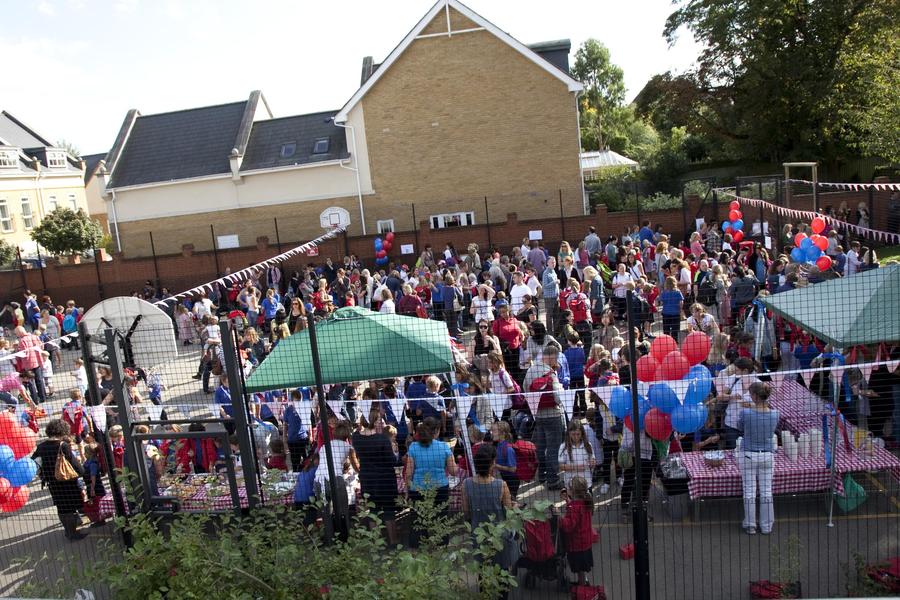 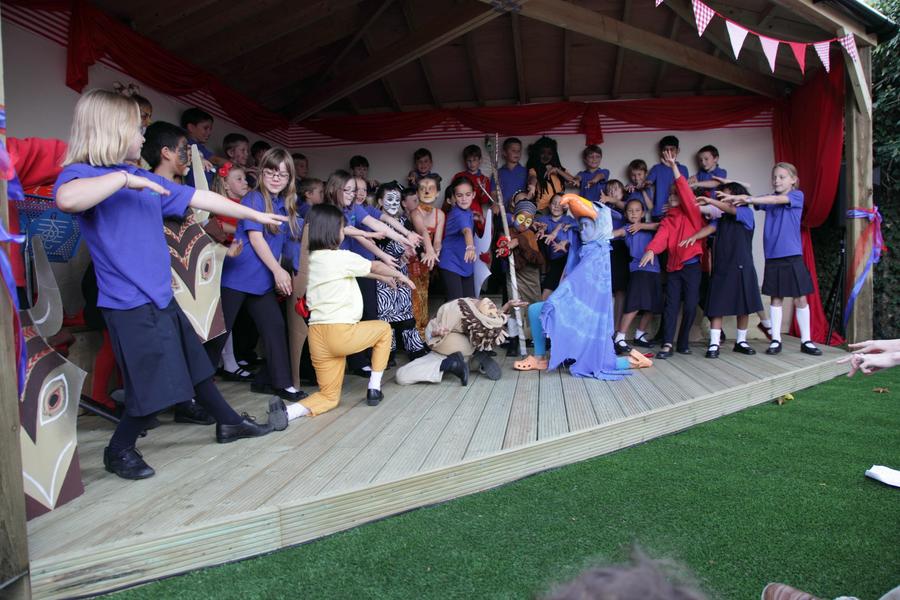